Dr. Duke introduced his listeners to comments made by Russian President Putin stating that he was willing to work with whomever the Americans elect as president, while at the same time singling out Donald Trump as someone he felt he could have a constructive relationship with. Trump, alone in a field of Putin bashers, has praised Putin’s leadership of his nation and said he looked forward to “making deals” with him. 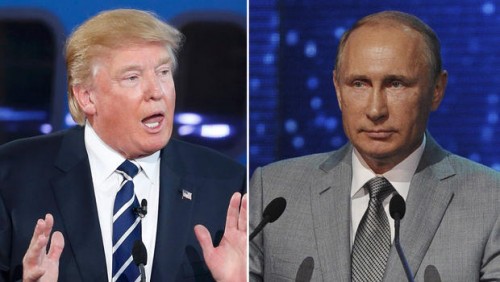 Dr. Slattery joined the show and referred to the weekly radio appearances of Princeton University Russia specialist Stephen Cohen, a long-time Putin supporter who has acknowledged the common sense in Trump’s approach to Russia and Syria compared to the other leading candidates, including Hillary. After a discussion what to think of Jews like Cohen who clash with the Zionist agenda, Dr. Slattery passed on information reported by Cohen regarding the “war faction” at the State Department led by Jewish neocon Victoria Nuland who have successfully parachuted Jews and foreigners into most of the important posts in the Ukrainian government and are actively pursuing a U.S. war with Russia.

This is a fascinating show that you absolutely need to share widely.