Today Dr. Duke and Attorney Don Advo looked at the role of Saudi Arabia as an Israeli ally and a pawn of global Zionist power. Saudi Arabia has played a very nefarious role in the world in terms of supporting terrorism and spreading radical Islamic ideology, not just in the Middle East but into the Muslim populations in Europe and America. And yet it is such a favored “ally” of the United States that it will be the first destination of President Trump on his first overseas trip, even before greatest ally ever Israel. 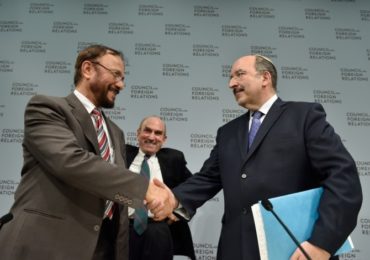 Retired Saudi ​general, Anwar ​I​sh​q​i​ (left) ​and former Israeli ambassador Dore Gold​ shake hands ​at a Council on Foreign Relations event​ in June 2015, where signs of rapprochement in Saudi-Israeli relations were first revealed. Eliot Abrams is grinning in the background. 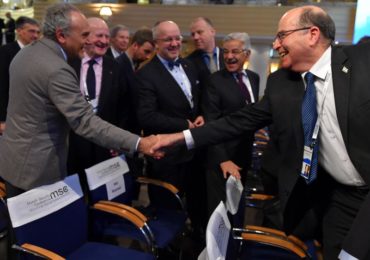 Of course, Saudi Arabia should be looked at as a branch office of World Zionism. Far from being one of the “enemies” that surrounds Israel, Saudi Arabia has been an increasingly open junior partner to Israel in Israel’s quest for regional, and ultimately global, hegemony. Dr. Slattery also joined the show.