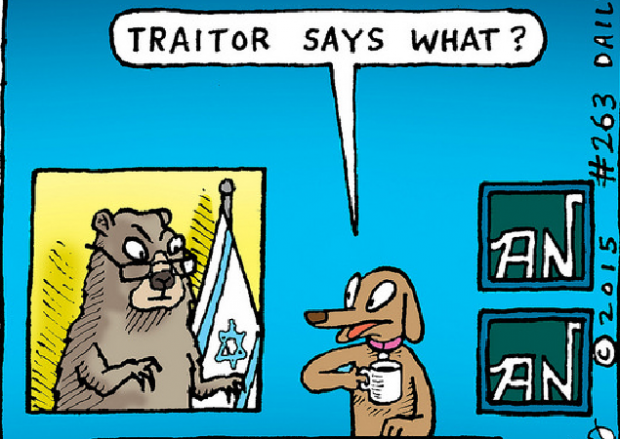 Today Dr. Duke and Andrew Anglin discussed the incredibly treasonous behavior by Jews and their Sabbath Goys in the U.S. government, as exampled by CIA Officials Warning Israel NOT to Share with the USA because of Trump! Moreover, the fact that the media doesn’t find it completely scandalous that our own “intelligence” services would show greater loyalty to a foreign (and frankly hostile) entity than towards their own president proves categorically Jewish control over the media.

They discussed the completely contrived narrative that Russia is a threat to America and Europe. Actually, Russia is targeted by the Jewish establishment because it is the largest white country that is striving to preserve its European values and traditions. They also talked about the Jewish gene pool, its characteristics, and its history of isolation.

This is a fascinating show that you will want to share widely.

Previous Post National Bugle Radio: Africans will outnumber the rest of humanity by end of this century. That’s OK, right?