Today Dr. Duke talked about the accusations leveled by Jews in the media that President Trump is anti-Semitic. This in spite of the fact that two of Donald Trump’s children married Jews and he has Jewish grandchildren. Of course, their working definition anti-Semitic is not “people who hate Jews,” but “people who Jews hate.” 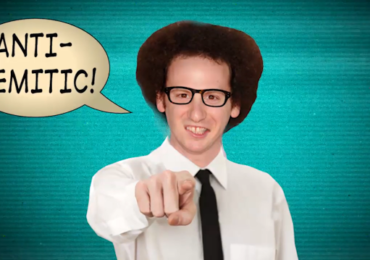 Then he brought on Dr. Slattery for a discussion of the latest outrage that President Trump made groundless references to the horrible situation in Sweden. In fact, crime, and in particular rape, have skyrocketed in the small northern European country as Middle Eastern and African migrants flood Sweden. Yet no one is allowed to speak ill of this “cultural enrichment” without being called a racist. And no one can mention the massive double-standard whereby Israel can exclude non-Jews, develop a massive nuclear arsenal with international assistance, and threaten, spy on, and attack its so-called allies with impunity.

This is another action-packed show. Please share it widely.

Previous Post Why Do Jews Rage Against a “One-State Solution”?

Next Post Tell the Pussy Hawks to back off of Russia: #NotMyEnemy