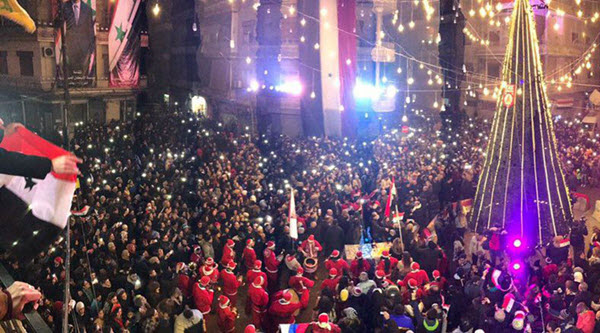 Dr. Duke and Adrian Salbuchi Celebrate the Victory in Syria and Giant Christmas Celebration of the Victorious Syrians over the Anti-Christian Jewish Tyrants Who Rule America!

Dr. Duke had Argentine commentator and politician Adrian Salbuchi as his guest for the hour. They talked about the significance of the Syrian/Russian victory in Aleppo and the prospects for wrestling control of the entire country back from the Zionist-supported jihadists who invaded the country six years ago.

This is a fascinating show that you won’t want to miss.