Here is the best quality HD version of the Duke  debate that someone uploaded. Be sure to download it in highest quality. You can use Firefox and a video downloader plug in to do that. Many people will Copy, upload, Post and share and link this and copies of this video everywhere on the net. Ultimately, I think it will garner literally millions of views. Be sure to read Dr. Duke’s Official Statement Below and take a look at the graphics he used on the show!

As I have said, I am not in any way an enemy of Alex Jones.

He has caused a lot of people to distrust the media, the government, banks and the great powers that are leading America, The West and the World to catastrophe. He is right in opposing the Global elite, but I believe we cannot defeat this elite if we don’t identify exactly who this elite is.

We must identify the elite that is in a war with European mankind and all humanity.

Even though Mr. Jones made snide attacks on me in his 30 minute challenge for the debate and in the debate made snide comments about whether I was a goblin or cyclops, etc. and using the completely false “white supremacist” attack in diatribes and caricatures of me before the debate as well as doing so a few times in the debate, I engaged in no name calling or ridicule of him. I could have cited a number of outrageous things he has said and done. I did not respond in kind. I was there to educate.

No. I came on his show at his own invitation to have an intellectual discussion on the world’s greatest problem, the globalist war on humanity, a war being waged on behalf of a small tyrannical tribal elite. Yes. I said it, the driving force behind The New World Order and Globalism is the Jewish Tribal Elite! 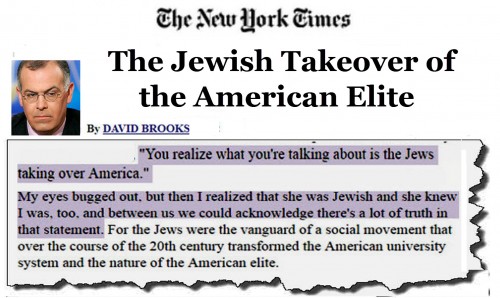 If you watch this debate I believe you will see that I made my points with facts and heartfelt concern for true human rights and justice. What I did on the show was prove the identity of the real tribal racist supremacists who sit at the pinnacle of power. I used their own leaders words to prove it. For instance in the banking sector, I did so by identifying every FED Chairman and FED Vice-Chairman for the last three decades: Greenspan, Bernanke, Yellen, Cohn and Fischer. The elite of the most powerful financial consortium on earth. I showed that every one of them are Zionist, Jewish supremacists. 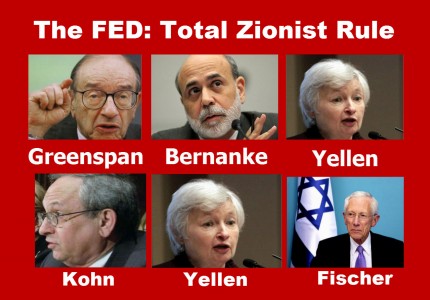 I proved that these Jewish tribal supremacists are not simply the part of the globalist elite, but the real rulers over it. I also showed clearly that there are plenty of non-Jewish collaborators, but the Jewish elite are the real force behind globalism.

I proved how these ethnic ultra-supremacists and haters of the rest of mankind are the ones who are literally wiping out European mankind and how they have taken over the elite of every Western nation in mass media, International Banking and now are real power in the politics of our countries. 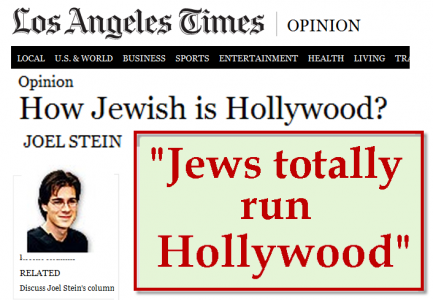 It is my belief that these racist, supremacist hypocrites can be defeated, will be defeated — that indeed they do have enormous, unbridled power, but still they can be unseated by changing the consensus. The first task in our struggle for survival and freedom and beauty is to identify those who the driving force behind the greatest evils on Earth, who are behind the endless wars for Israel and who are the real kingpins of the predator banks such as Goldman Sachs and the FED. For instance the Zio supremacists are behind the destruction of every higher human value and ideal with their domination of toxic, degenerate, sick and hate-filled media that poisons and defiles all mankind. 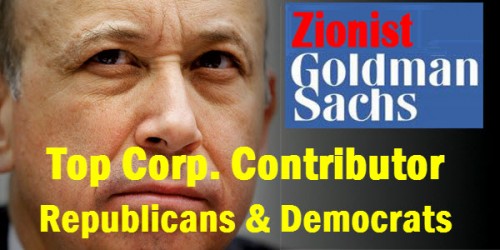 For European mankind, the crisis is even more acute than for other peoples, because the power of the Jewish elite in finance, media and politics has been the overwhelming driving force behind massive immigration into European populated nations which is ethnically cleansing and destroying the European people in each and every Western nation. 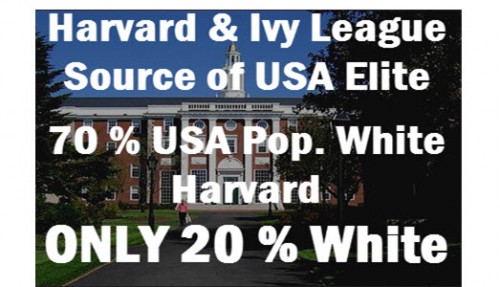 I did and still hope that Alex will become part of this rising consensus that is growing exponentially.

I don’t want to go on the warpath with Alex Jones.

But, I am shocked that this great debate that he promoted on his show, has suddenly disappeared from his website and channel.

Thousands of people have posted and emailed that they believe this program could be a great turning point because finally the elite, the insiders, are finally clearly identified.

I hope he puts this debate he so promoted before it occurred on his main Alex Jones Youtube Channel.

If he doesn’t, thousands of copies of “The Alex Jones show he desperately doesn’t want you to see” will be posted the length breadth of the Internet. And that’s a shame, because he should proud of the fact he arranged this debate. He should not trying to send it down the memory hole and hide from his listeners.

One way or the other our debate will be seen by millions, perhaps even billions. I don’t want him to be seen as man who wants to censor the truth from his own trusting and loyal audience.

Let’s hope he won’t try to keep his own supporters from seeing the debate he himself promoted, a debate that he technically controlled by his own studio — while my only arsenal was my mind and my heart — and av35 dollar video cam.

The Zio forces I expose are powerful. I don’t mind if he defends himself by saying “Why should I not be able to interview David Duke on my show when he has been on Meet the Press 3 times. (a perfect and bulletproof defense)

All I care is that America and the world awakens to reality of the one great enemy of our people and every people.

The world must awaken to the true power behind the globalist elite tribal tyrants who hate Europeans and who are wiping out this part of humanity who has brought so much beauty and progress to the world, ane ultimately to all mankind. I also want the whole world to realize that the Zio takeover and destruction of the European people in our own lands has caused enormous harm to their own nations. 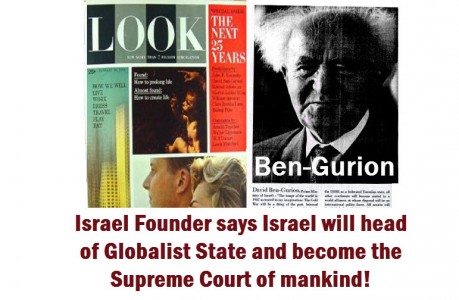 This Great David Duke-Alex Jones Debate will not and cannot be suppressed.

As one Jones supporter said, “The Genie is out of the bottle!”

There is no putting it back.

This video, this Great Debate can be one of the best tools to wake people up. It summarizes everything perfectly with facts and heartfelt honesty. It can be an historic turning point if all us promote and share it enough.

It will not go down the memory hole.

Jones invited me. He said he believed in free speech that he was an enemy of political correctness.

How will it look if he censors his own show to his own supporters?

I am still hopeful that he will post the video of the debate on his own main Alex Jones Channel on his Youtube website, and that he has me on his show again as he promised.

I wish him well. It was a brave thing to invite me.

But it would be a terrible thing for him to back down now and cower the Jewish tribalist elite tyrants over our society, the masters of political correctness..

This debate can be a turning point in the struggle of European liberation and World Liberation.
When does our liberation happen? When we break through this Zio Dam of oppression of even our thoughts — the world then will change in an instant. 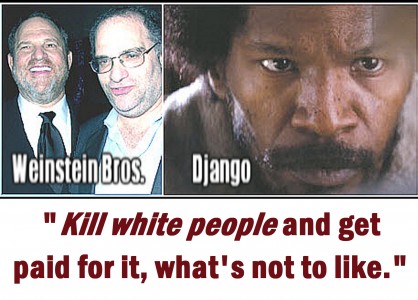 The Great Debate Jones and I did can help break that dam and when millions begin to speak out against Jewish tribalist supremacism, everyone will then will be able speak openly and identify the tyrants ruling over us. Then the world changes.

They have power over us only because we have not freed our own minds and unmuzzled our voices.

Alex Jones, perhaps is not willing to say what I say, but at least he can help usher in an age of defiance.

He can be defiant in defending and practicing real free thought and free speech. That means allowing discussion about even the ultimate taboo, the tribal supremacist elite who control the global media, global banking, global politics of the world.

I urge Alex Jones to take credit for the good thing he did in actually offering and having a free discussion in which obviously, millions of people finally learned of the ultimate elite in American and around the world.

The truth is obvious, its like when the little boy exposed the nakedness of . “Emperor’s New Clothes” You can see this by 90 percent support of my views by his own subscribers after the debate. You can see by tens of thousands of posts on the videos and audios of the debate across the blogosphere!.
Hopefully it was just some misguided staff member that is endeavoring to suppress this Great Debate, maybe one of the legion of Zionists who infiltrate so often and never miss an opportunity to suppress real debate on this critical subject.

Alex Jones should be thanked for proposing and going through with this debate. He arranged it, and he made possible for the world to hear it.

Mr. Jones, the world must hear it! No matter what, the world will hear it!

With best wishes and hopes that Alex Jones will stand by the principles with which he began his media career, and hopefully still holds dear!

And I send my love to each of you who have the courage to stand up honestly for your freedom and heritage wherever you live in the world. Download this debate and let the whole world see and hear it.

God Bless You All,

Previous Post “Black Lives Matter” gets police to back off, now black murder rates are skyrocketing