By Dr. Patrick Slattery — I would like to thank Mother Jones Magazine for their report on “racial bias in police shootings.” It is an exemplary specimen of the shoddy journalism in modern-day America. Moreover, it is an excellent example of the rhetorical device defined by Princeton University Professor Harry Frankfurt in his 1985 thesis “On Bullshit.” The bullshitter, according to Professor Frankfurt, makes his case with points and evidence without regards to whether they may be true or false, but only that they might impress his listener. And by that definition, the bullshit in Mother Jones is wonderfully fertile. 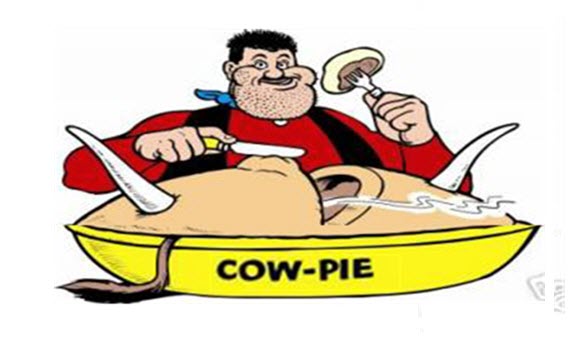 As Dr. Duke has already pointed out, the charts published in the Mother Jones article, which come from the 2011 New York Police Department Firearm Discharge Report, don’t actually make the point that there is a racial bias in police shootings — not against blacks, at least. The evidence that they cite for a racial bias is that proportional to their share of the population, blacks are more likely to be shot by police than whites.

This statement impresses the reader, but is in fact bullshit for a number of reasons. First, and most importantly, nobody really believes that in a perfect, post-racial world, New York police should simply be shooting people at random, or alternatively establishing racial quotas for those they fire upon. Not every citizen should have the same odds of coming into the sites of a police revolver. Law abiding citizens should not be shot at.

In police shooting deaths, which is what all the media hoopla has been about, circa the Michael Brown case, the 2011 report is even more astounding. Although whites were only 3 percent of the criminal shooters (which mirrors the white violent crime rate in NY) an incredible 44 percent of those killed by police were white, while only 22 percent were black.

Did Mother Jones do the math? Obviously not, because when you consider those suspects actually killed by police bullets in 2011. Mathematically it means that white criminal shooting suspects were 48 times as likely to be shot to death by police that whites. Moreover, getting back to the bogus measure of fatal police shootings as a share of population, whites were still more likely to be killed than blacks.

How significant is this? Well, in statistics it is hard to have confidence in findings based on small sample sizes. Because in any given year the number of people killed by the NYPD is about a dozen or so, you cannot derive a statistically significant finding about police fatal shootings from a single year’s worth of data. Mother Jones exhibited intellectual laziness by ignoring the reports before and after 2011. Which is why they resorted to bullshit. And in fact, had Mother Jones used the 2010 report or the 2012 report, the proportion of white criminal suspect deaths to black would not be anywhere near 48:1. But remember, it was not myself or Dr. Duke cherry picking the 2011 report, it was Mother Jones that selected that year.

Still, even using other years the basic conclusions would still be the same, as we shall see in my next article in this series where I compile data from the NYPD that covers the 15-year period from 1998 to 2012. Over the entire 15 years the data shows that whites who engage in criminal behavior are at least 4 times more likely to be shot by police (500 percent). So if there is any racial bias it is incredibly against whites not for whites.

That may sound strange and impossible to Americans who have been drenched with stories about police and societal racial bias against blacks, but it is fact. How could this be,? one might ask.

The answer of course is the media circus and legal issues facing a police officer or a private citizen who in self-defense dares to shoot a black person. Look at the Ferguson case. Look at the George Zimmerman case. Every police officer has been aware of the issue. To shoot a white criminal might be worthy of an award, but if one dares to shoot a black criminal, even in defense, the officer may be on trial for his life.