Today Dr. Duke discussed an article from The Atlantic Magazine that traced the roots of the nationalism that got Donald Trump elected as president back to David Duke’s 1990 Senate election campaign. The article quoted Donald Trump, just days after the 1990 race, telling Larry King on CNN that if David Duke ran for president “David Duke is going to get a lot of votes… I think George Bush could be in big trouble.” 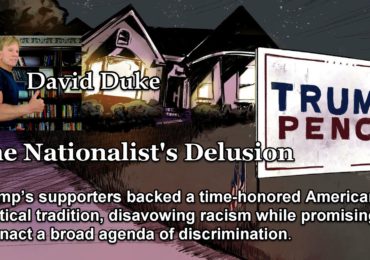 Dr. Slattery joined the show and they went on to discuss the recent development that the Justice Department will investigate Harvard for racial bias as a result of affirmative action. The most blatant discrimination at Harvard is against non-Jewish whites and the massive privilege is Jewish, yet no doubt the Ivy League yeshiva will try to spin this as evil white racism towards Asians. We need to keep on our toes on this one!

Next Post Mark Collett Video: The Insidious Agenda of the Globalist Corporations