Commentary —Macklemore and Ryan Lewis have learned what it takes to make it in the music, be white using black music style to viciously attack whites as privileged and racist.while they make millions serving the most privileged, racist elite on the planet, the Jewish supremacists!

The force behind their promotion is none other than Warner Music Group run by Edgar Bronfman Jr. whose family has been at the forefront of supporting Jewish DNA purity and the racist State of Israel and every kind of policy and program to destroy the white race as they have worked to preserve and empower the Jewish race.

Daddy Bronfman in a talk to Birthright Israel participants, “Isn’t it great to be among your own DNA!.” 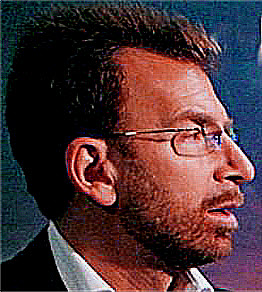 What is White Privilege?

What a privilege it is indeed to watch one’s country taken away. It is truly a privilege reserved just for whites. We created the world’s foremost educational institutions and face massive discrimination should we apply to them. We are expected to work long hours and pay high taxes and restrict our own reproduction so that new immigrants can come to this country and receive free education and healthcare for their massive families, all while holding the door open for their relations still in the old country.

Why should we care that we are becoming an ethnic minority in our own country. America is a proposition nation. That proposition? Anyone with a grievance against white people is a member of the nation. If you are curious, there is a link to the song below, as performed on the Late Show with Colbert on CBS, which of course is part of the Viacom media empire owned by the Jew Sumner Redstone (born Murray Rothstein).

The song has been a media lightning rod, attracting both praise and criticism for its discussion of privilege and racism. Everyone from Iggy Azalea to Talib Kweli to Machine Gun Kelly have weighed in, and it’s also inspired numerous think pieces. The song serves as the fourth single from the duo’s upcoming album This Unruly Mess I’ve Made. Check out their performance excrement above and prepare to get angry, really angry! — Dr. Duke