Today Dr. Duke and Daily Stormer journalist Eric Striker talked about the fact that Jared Kushner is emerging as the least popular member of the Trump family, despite the fact that the Jewish media has given him very good press since he came to the public spotlight. They pushed the hashtag #FireKushner, as he has been the absolute worst influence on the Trump administration. 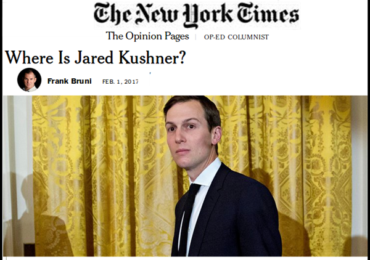 Then they moved on to progress made by the Alt-Right in advancing the cause of goyim-knowing. Mr. Striker recounted a very significant story about a group of young Trump supporters in California known as the Red Elephants who exposed the Jewish nature of those pushing the false meme about white privilege.

Previous Post Dr. Duke & Mark Dankof – Cernovich/McInnis/Southern attacked by ADL – Cucking Out on ZioEvil Does Not Help You!
Next Post Today Dr. Duke and Mark Collett expose the truth behind the fake news