Dr. Duke started the show by talking about a popular radio show in his part of the country that is billed as a right-wing, conservative show. He said that on their show this morning they were beating the war drums against Russia and President Putin, noting that they were oblivious to the fact that not only is Russia no longer communist, but Putin is much more supportive of the economic and social values that conservatives in America embrace than are own government is. He said that this is a reflection of the massive influence of communist Trotskyites-turned neocons taking control of the Republican establishment. 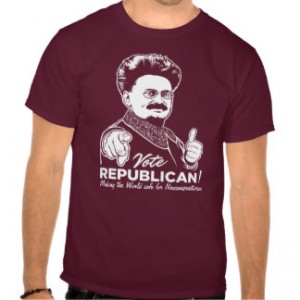 Dr. Slattery joined the show and questioned the value of the terms “right” and “left.” He claimed that there is a Zionist agenda, and that Jewish supremacists cleverly have “conservatives” championing the pro-war part of the Zionist agenda while “liberals” are pushing the social part of the Zionist agenda by completely undermining traditional social values. The game is rigged such that the “right” wins on war issues and the “left” wins on social issues, thus the Zionists get their way no matter which party runs the government.

This is a thought-provoking show that can get the hamster wheels churning inside anyone’s brain! Please share it widely.