Introduction by Dr. Patrick Slattery — Dr. James Petras is a retired Professor of Sociology from Binghamton University, New York.  He is one of the most outspoken voices in academia about the dangers of Zionism. In a public debate, he scolded his former student Norman Finkelstein for ignoring the role of Jewish Americans in pushing the United States into Middle East wars. He is one of the very few prominent Americans who will speak in public about Jewish domination of the media and foreign policy. While he is the originator of the term “Zionist Power Configuration,” he does not shy away from discussing the problem of JEWISH power, and not just Zionism. He recent article regarding the Israeli mass murder in Gaza is a must read. –ps 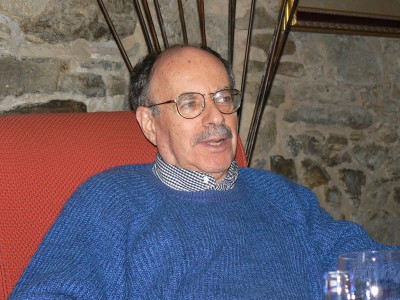 Israeli Genocide and its Willing Accomplices

Outside of Israel and its organized supporters in the major Zionist organizations, world public opinion and most experts in international law see the Jewish State’s invasion of Gaza and its systematic attack on civilians and basic infrastructure as a crime against humanity.

The purpose of this essay is 4-fold:

1. To identify the nature of the crime – the genocidal character of the armed assault and the sequence leading up to it;

2. To identify the direct perpetrators of the war crimes and their domestic and international accomplices;

3. To explain the ties binding leaders, policymakers, propagandists, accomplices and followers, including their  ideologies, material interests and organizational structure which make these crimes not only possible, but met so far with impunity and

4. To identify the larger imperial interests with which Israel allies with the US, and in pursuit of which, the Gaza assault is a horrifying dress rehearsal.