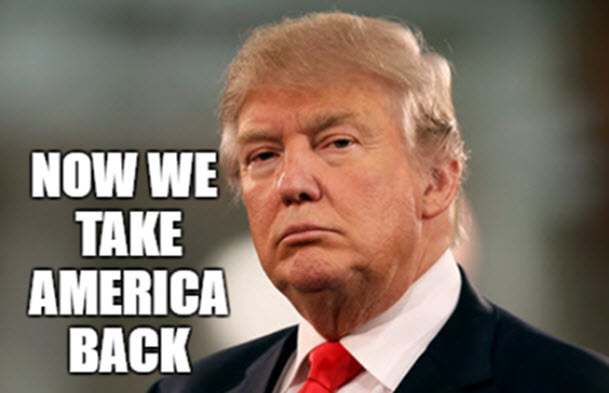 Trump appoints men who will take America back!

President-elect Donald Trump’s appointment of Bannon Flynn, and Sessions  are the first steps in the long and arduous project of taking America back.

National Security Head Flynn realizes that America’s foreign policy has been downright traitorous with the support of the radical Jihadists of Saudi Arabia, over our natural allies the Christian, Muslim and moderate secularists of Syria. He also understands that Putin of “Christian Russia” should not be our enemy but our ally. He is an avowed enemy of the Jewish warmonger traitors called “Neocons” and they in turn intensely hate this U.S. Army General who truly puts America First.

Attorney General Sessions has been hated for years by the Jewish-dominated media for his opposition to massive immigration into America and for the fact that he has dared to publicly oppose the massive, institutionalized racial discrimination against white people called affirmative action.

During his U.S. Senate confirmation hearings Senators should demand that he expose the blatant media and political blather of “equal rights and opportunity” when white people face massive racial discrimination as well as a media hate campaign against the people whose ancestors created America!

We must demand the protection of the civil rights of all Americans including white people!  Everyone must be judged on their merit and not the unfair and destructive anti-white affirmative action racist policies that dominate major corporations, Federal, State, and city governments, colleges and educational institutions.

Next Post Dr. Duke & Mark Collett: To the Anti-White scum who promised to leave: Get the Hell Out!