On the show today Dr. Duke discussed how we have a Zio-controlled government with a Zio-controlled opposition. Nothing could illustrate the controlled nature of our political discourse any better than the biggest financiers of both the Republican and Democratic parties coming together at Sheldon Adelson’s Las Vegas Casino to meet with Jewish organizations on ways to protect Israel from anti-Zionist activities on college campuses. A further aspect of this control is the fact that Jewish groups like Jewish Voice for Peace are prominent in the “anti-Zionist” movement, and while they may sincerely oppose the most egregious crimes of Israel they also act as censors and watchdogs to make sure that any discussion of Jewish power in our own society is nipped in the bud. 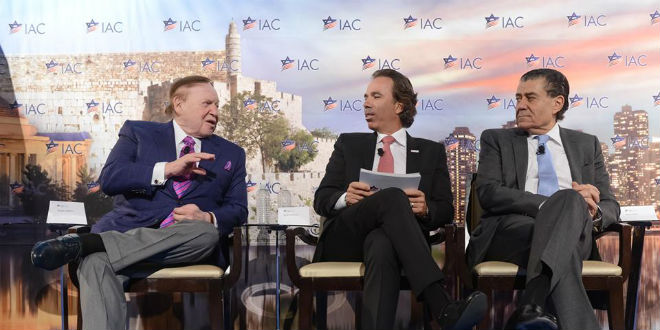 Then Dr. Duke addresses the dilemma faced by a friend whose daughter may be entering into an interracial relationship that she does not approve of. He gives advice on how to talk to young people about the importance of insuring that one’s own race has a future on earth and does not simply dissolve into a new globalized hybrid. Dr. Slattery then comes on and offers his views on the intentional polarization of issues and the exclusion of important arguments in order to present the illusion of debate and democracy while in fact we have a rigged system with two controlled and false sides, neither of which actually represents people’s interests.

This is another facinating show that you will want to share with your friends and family.

Next Post Jewish kids paint swastikas on synagogue “out of boredom.” Yeah, right!